SICOBI’s families determined long ago that although coffee is an important crop in their territory, it is just one piece in their ecological mosaic (and business plan).

Coffee farmers across origin countries search for and develop innovative business, production and management models as they seek out profitable and sustainable livelihood strategies. These interesting and diverse “solutions in process” enjoy varying degrees of success. Sistema Comunitario para el Resguardo y Manejo de la Biodiversidad (SICOBI), whose model is a blend of territorial management, communal decision-making and income diversification, is one of those innovative solutions. The first posts of this series on profitability (see: 1, 2, 3, 4) in the Mesoamerican Coffeelands has focused on migration, climate pressures, debt and low prices — mostly the challenges coffee farmers are facing and the accompanying struggle to be profitable. The following posts will focus on innovations and solutions at origin.

SICOBI´s smallholder farmers are laid out across twelve ecosystems, from the highest reaches of the Sierra Sur of Oaxaca down to the pristine shores of the bahias of Huatulco. SICOBI is a confederation of six agricultural communities which banded together, with the support of the local NGO GAIA, to improve their territorial management; coffee is one piece of the puzzle. The families that make up SICOBI have implemented a communal land and biodiversity management strategy of which Elinor Ostrom would be proud. In fact, she influenced and mentored some of the leaders of GAIA.

SICOBI´s six communities have several things in common. Each farmer manages a small plot independently, but landscape-level management (40,000 hectares), policy and business decisions are made in a communal fashion. Over the past ten years, SICOBI and GAIA have fine-tuned this landscape level framework for rural development, developing livelihood models which have allowed the organization´s 700 families to live sustainably within their territory. Coffee is part of the strategy. SICOBI´s farmers produce exceptional, complex coffees within biodiverse ecosystems. Much of the coffee is sold by La Colombe and Sustainable Harvest, and farmers receive a nice premium for their organic, specialty coffee. However, as I outlined in the previous post (A Case of Two Coffeelands), their sparsely planted, low cost and organic production systems have low yields (200 kg/ha). Further, not all the members are able to sell directly to a buyer with such attractive premiums. Many still sell part of their harvest to coyotes, at current C-prices, for a cash advance.

Another advantage of the communal management style of SICOBI´s communities is that it allows the organization to undertake critical initiatives at scale with the whole community behind them. After coffee leaf rust struck in 2013-14, the communities quickly mobilized, after a string of participatory assemblies, to set up the communal nurseries needed for a massive renovation effort. Concurrently, CRS supported SICOBI to integrate Water Smart Agriculture practices into their renovation work, taking advantage of the crisis to improve the soil and water management of the region. Both initiatives have led to slowly improving yields.

However, SICOBI´s families determined long ago that although coffee is an important crop in their territory, it is just one piece in their ecological mosaic (and business plan). In addition to their coffee plot, families also leave a portion of their assigned land to practice the traditional Mayan milpa (maize, beans and squash and sometimes pineapple & tumeric) production system. They also have several other tree crops integrated with their coffee (citrus, mamey sapote, banana, avocado, cocoa, and integrated honey production) for sustenance and sale. To capitalize on the incredible natural beauty which SICOBI stewards, they also facilitate ecotourism, including an impressive nature walk called the Camino Copalita. The hike starts in pine forests more than 2,000 meters above sea level and weaves its way down through five ecosystems, culminating in a final sprint in kayaks which ends in the turquoise waters of the Pacific. During the entire six-day journey, tourists are accompanied by local guides — SICOBI members — who are well versed in the botanical, culinary and biodiversity highlights of the region. Each day, tourists are treated to a menu of local food (products from the milpa and tree gardens/agroforestry) which gradually changes during the slow descent through the different agro-ecosystems which make up SICOBI´s landscape.

Lucas´ story is not uncommon in these communities. Lucas used to work in the kitchen at one of the resorts on the coast of Oaxaca. He also left his family for a while and worked in the US. But 10 years ago, Lucas returned to his community — a member of SICOBI — and re-dedicated himself to living on and stewarding his territory and farm. Lucas´ income breakdown by source looks like this: 29% coffee, 24% milpa, 22% honey, 20% ecotourism, and 6% from government subsidies.

This mix of strong community organization, a territorial approach to natural resource management, and income diversification has mitigated the negative impact of coffee prices which are far below the cost of production. The SICOBI model in Oaxaca illustrates that a prosperous and profitable rural existence is possible in the Coffeelands and that coffee — when it is justly paid — can be part of that equation. 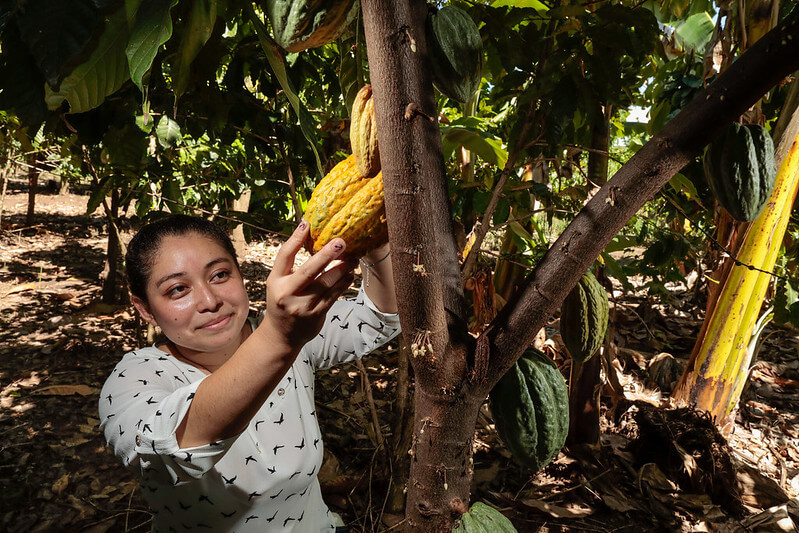 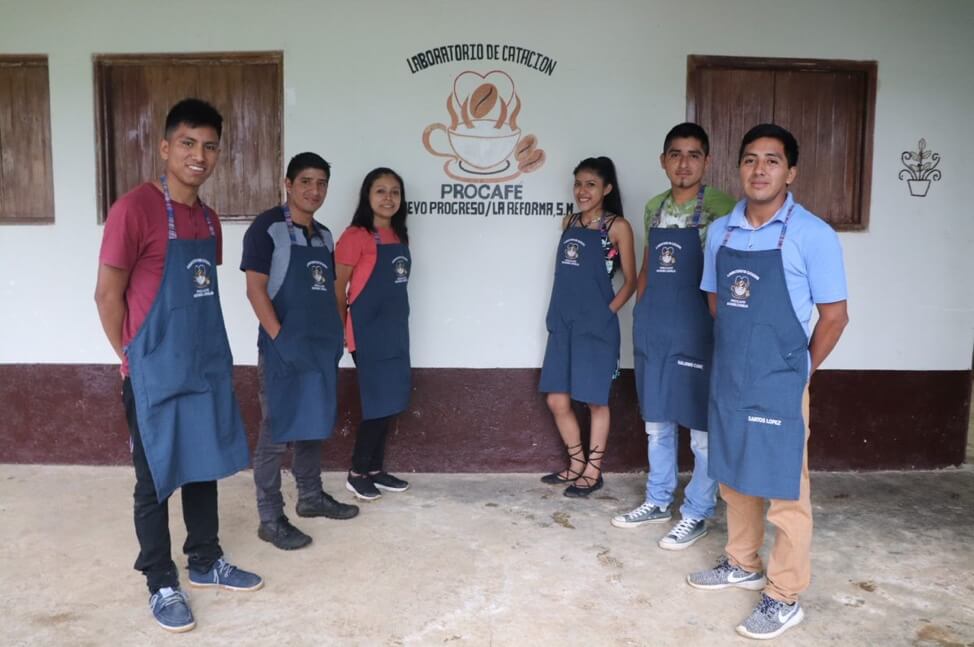