The 2003 study on coffee's water footprint needs a critical review because it is based on some critical conceptual and methodological flaws. These flaws distort our understanding of coffee’s impact on water resources and may mislead management and policy decisions within the coffee industry.

The Measure of Coffee’s Water Footprint Needs to Be Revised

This 2003 study on coffee’s water footprint reported that it requires 140 liters of water to produce one cup of coffee. This metric is quoted so frequently (including by this blog) that it’s almost assumed to be a fact.

However, the study needs a critical review because it is based on some critical conceptual and methodological flaws. These flaws distort our understanding of coffee’s impact on water resources, and may mislead management and policy decisions within the coffee industry.

Most water footprint studies, including the 2003 coffee study, are based on the Water Footprint Network. (I preface this post by saying I strongly support WFN’s mission and work for a water secure world, so this is a critique of methodology, not of WFN).

The standard approach to measure the water footprint for agricultural products is to estimate the total amount of water consumed to produce, process, and transport products from origin to point-of-use. The methodology aggregates the consumption of different types of water: green water, blue water, and gray water. For reference, green water is defined as water required to produce crops (i.e. water in plants and soil surface, which is evapotranspirated by crops); blue water is surface water that is diverted from streams or lakes or groundwater pumped from aquifers); and gray water is a measure of how much water is contaminated to produce and process products).

Below, I have outlined three basic flaws in the water footprinting (WF) methodology for coffee. (I want to give due credit to the writers of this excellent paper for their rigorous and professional critique of WF for forests products).

Fundamentally, the problem with WF is that it does not make practical sense to equate blue water, green water, and gray water to create an aggregate number. (It’s tempting to say “apples and oranges”, but this would understate the flaw). For example, it doesn’t make sense to directly equate the number of liters of rainwater used to grow crops to the number of liters of stream water contaminated by industrial processing. But this is exactly the premise (and fundamental problem) with the WF methodology. The 2003 Coffee study acknowledges this point in the following paragraph:

“For the overall water needs, it makes hardly any difference whether the dry or the wet production process is applied, because the water used in the wet production process is only a very small fraction (0.34%) of the water used to grow the coffee plant. However, this relatively small amount of water can be and actually often is a problem, because this is water to be obtained from surface or groundwater, which is sometimes scarcely available. Besides, the wastewater from the coffee factories is often heavily polluted.”

This very critical nuance in the report unfortunately gets lost in the simple take-home message that it take “140 liters to water to make a cup of coffee”. The fact is that this 0.34% can be a huge amount of water – like all the water that flows through a river. For people living downstream of coffee farms or mills, this 0.34% could be their primary source for drinking water supply, for example.

More than 99% of coffee’s water footprint is the water for “growing the coffee plant”, according to the 2003 coffee study. The problems is that the WF methodology does not sufficiently recognize the basics of the water cycle (or hydrological cycle), and specifically the role of green water. WF mistakenly presumes that any water utilized by crops through evapotranspiration is “consumed”, in the same way that water is consumed when it’s pumped from aquifers. This conceptual flaw becomes extremely important for rainfed systems (such as coffee) where virtually all the water used is green water. Technically, hydrologists would say that green water is utilized through evapotranspiration, but this is not the same as being consumed. The water vapor from coffee trees cycles through the hydrological cycle (naturally), becoming precipitation once again someplace else, rather quickly. Depending on context, the utilization and cycling of green water through a landscape often contributes very positively to ecosystem services (such as mitigating floods and runoff). By changing this one assumption in the WF methodology, the water footprint for coffee would be considerably reduced.

Another fundamental problem with the WF methodology is that it does not recognize the variation of geographic and climatic contexts, when in fact, the origin of water in the water footprint matters a great deal. For example, the virtual water that exists in coffee beans harvested from a water-abundant forest where it rains 3000 mm per year is not same as the virtual water in an almond harvested from a water-scarce place where it rains only 500 mm. Where water is a limiting factor, water should have a higher value. But the WF treats all water equally, not matter the climatic conditions. This flaw leads the writers of the 2003 coffee study to say that to save water people should drink tea instead of coffee.

“Drinking tea instead of coffee would save a lot of water. For a standard cup of tea of 250 ml we require 34 litre of water. This means that tea requires about eight times less water than coffee.”

In reality, it would matter a great deal where the tea is grown versus where the coffee is grown. For example, if the tea is grown using irrigation water in a water-scarce environment and reduces the amount of water available to people downstream of the tea plantation, this makes the metric of 34 liters per cup somewhat arbitrary and meaningless. You can’t simply say, “all things being equal”, because they never are; coffee and tea are rarely grown in the same environments, or even in the same countries.

My next post on this theme will explore alternative ways at measuring coffee’s impact on water resources, which may be useful for the coffee sector. 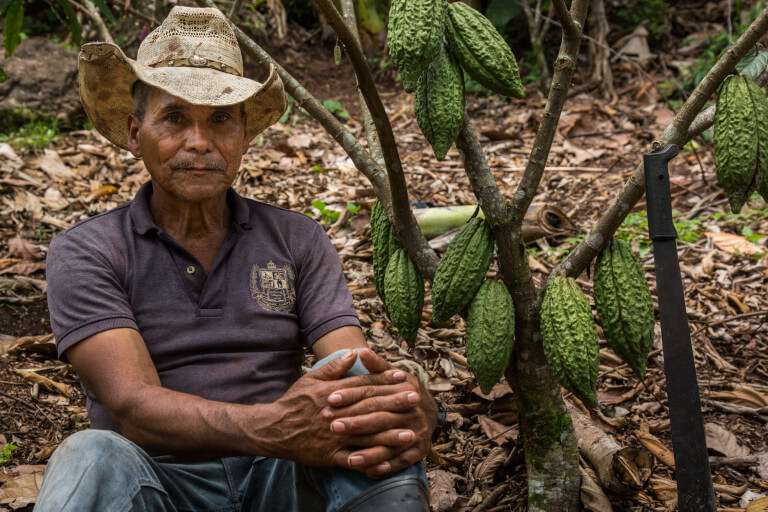